Natasha Trenev: The “Mother of Probiotics”

With humble beginnings in the home of husband and wife team, Yordan and Natasha Trenev, Natren was destined for success because of Natasha Trenev’s background. Her family supplied yogurt to King Peter II and continuing generations of the royal family of Yugoslavia, where she was born. Natasha’s parents decided to come to the United States when she was eight years old. Almost immediately upon arrival, her father founded Continental Culture Specialists. Continental’s yogurt product is still found in grocery stores around the nation.

After graduating from UCLA, Natasha followed a generations-old tradition and joined her family’s business, which benefited from her enthusiasm for several years. She then took her knowledge of live cultures, and expanded her work. Knowing that the bacteria used to produce yogurt could fight existing ailments, she set out to offer these bacteria in a concentrated, more potent form than found in foods. Natasha called these bacteria “probiotics,” which means “for life” (as opposed to the widely known term “antibiotic,” or “against life”).

Yordan Trenev was also familiar with the benefits of certain bacteria; he had also worked at Continental Culture Specialists. Certain that his wife’s business venture would succeed, Yordan worked diligently to support the operation. Despite working full-time, he drove many miles each day to transport the dry ice needed to keep the bacteria viable in the Trenev’s home. 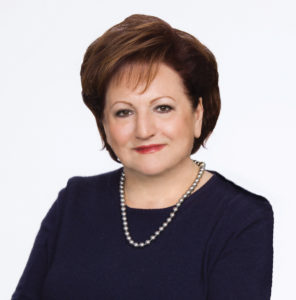 Natren Canada © 2017 The symbol ® denotes registered trademark of Natren Inc © 2017 by Natren Inc. All rights reserved. Made in the USA* These statements have not been evaluated by the Food and Drug Administration. This product is not intended to diagnose, treat, cure or prevent any disease.